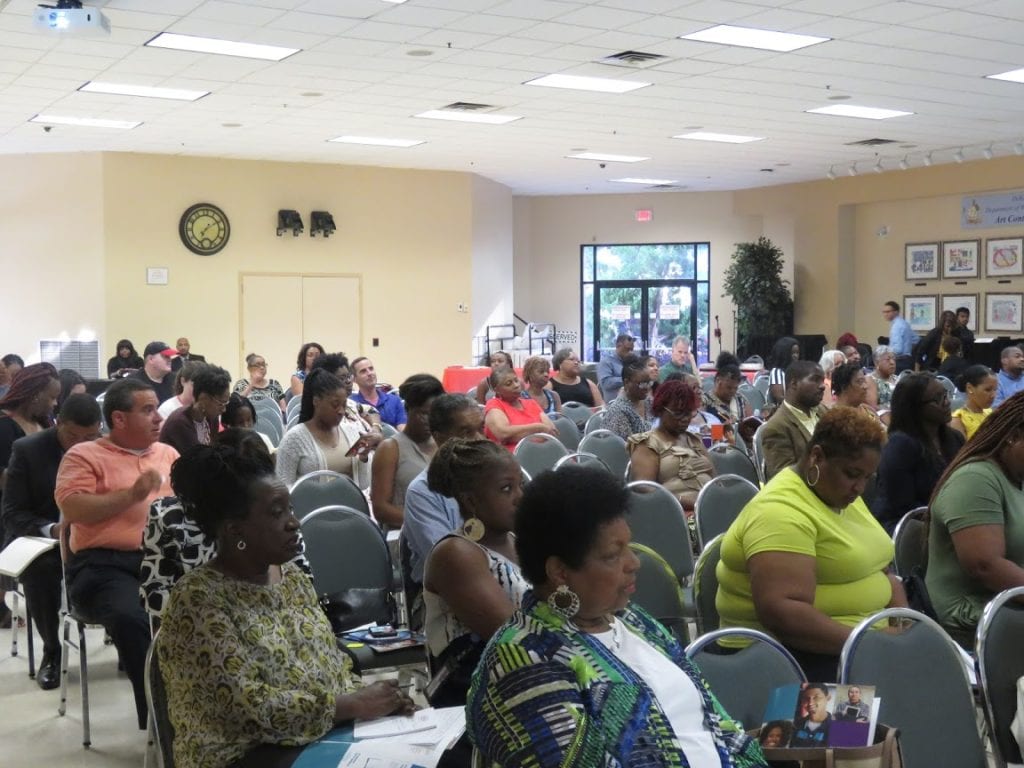 More than 200 local leaders and citizens of DeKalb participated in a 2020 Census round table at the Maloof Auditorium on July 8. Hosted by Commissioner Larry Johnson, constituents across the board came to learn about the Census and how to make next year’s count, count.

Johnson, who was appointed chair of DeKalb’s 2020 Complete Count Committee, urged the public to do their part and make sure everyone gets counted in next year’s Census.  DeKalb could receive $985 million per year for 10 years, if it reaches a 100 percent response rate on the 2020 Census. DeKalb lost about $275 million from a 72 percent response rate in the 2010 census, according to county officials.

“The census governs much of our everyday quality of living and how much federal funding we get for things like our roads, sidewalks, schools, construction, youth summer job initiatives, senior home repairs. We can’t afford not to be counted,” said Johnson.

Taken every 10 years, the U.S. census determines the number of seats each state has in the U.S. House of Representatives, a process called apportionment. The decennial census is the largest mobilization and operation conducted in the United States and requires years of research, planning, and development of methods and infrastructure to ensure an accurate and complete count. It is the determining factor for how more than $675 billion of federal funding is distributed to each state and its municipalities each year.

“Everybody can influence somebody. Our goal here is not to reinvent the wheel, but to empower our constituents with the knowledge and tools to make sure DeKalb gets counted,” Johnson said.