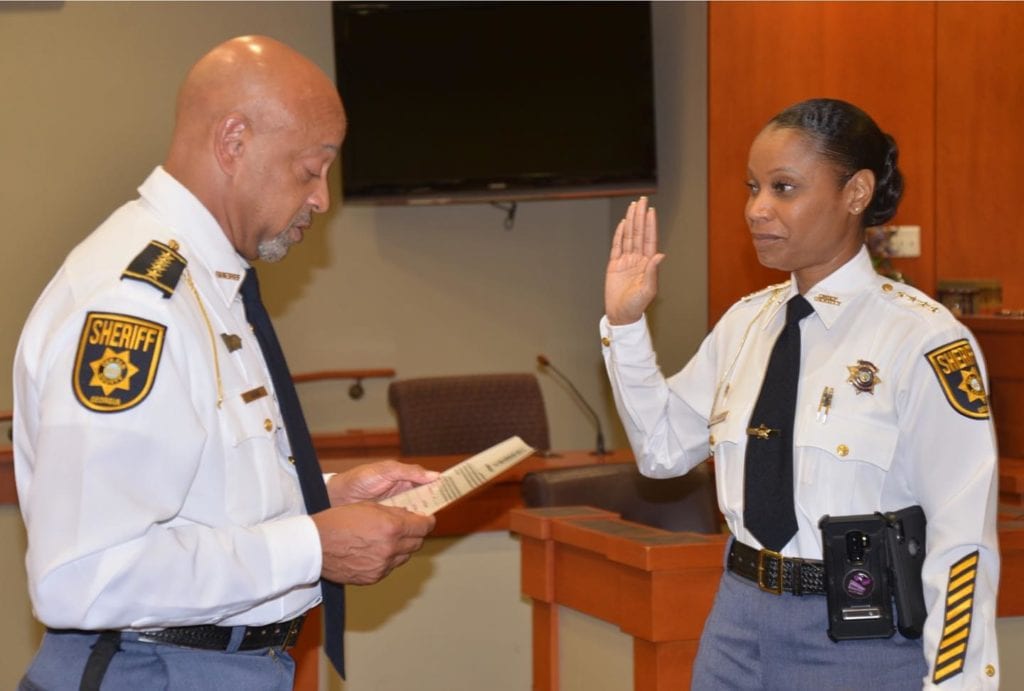 Maddox will oversee the management of the agency’s law enforcement operations, including the Field, Courts, Training and Reserves Divisions, and the DeKalb County Jail.

A Decatur resident, Chief Deputy Maddox was Chief of Police for Georgia Piedmont Technical College in DeKalb County since 2016. She managed a team of sworn officers and civilian personnel responsible for public safety and security for students, faculty, visitors and facilities on the college’s six campuses.

A Georgia P.O.S.T. certified law enforcement officer, Maddox began her law enforcement career with the sheriff’s office in 1996 as a Detention Technician in the Jail Division. In 1997, she joined the DeKalb County Police Department where she held positions of increasing responsibility for ten years as Master Police Officer, Chief Aide & Crimes Analysis Officer, and Field Training Officer. She completed training programs in Emergency Management and Information Command Systems Training and she is a P.O.S.T. Certified General Instructor in ethics, integrity and professionalism as well as Defensive Tactics.

She received her bachelor’s degree from Morris Brown College and her master’s degree from Central Michigan University. A graduate of Newburgh Theological Seminary and Bible College, she is a member of the Leadership DeKalb Class of 2017.  A member of Alpha Kappa Alpha Sorority, Inc., Maddox serves with Women to Women Personal Awareness and Safety Training, and she has been honored for her career achievements and community volunteerism by numerous civic and business organizations.