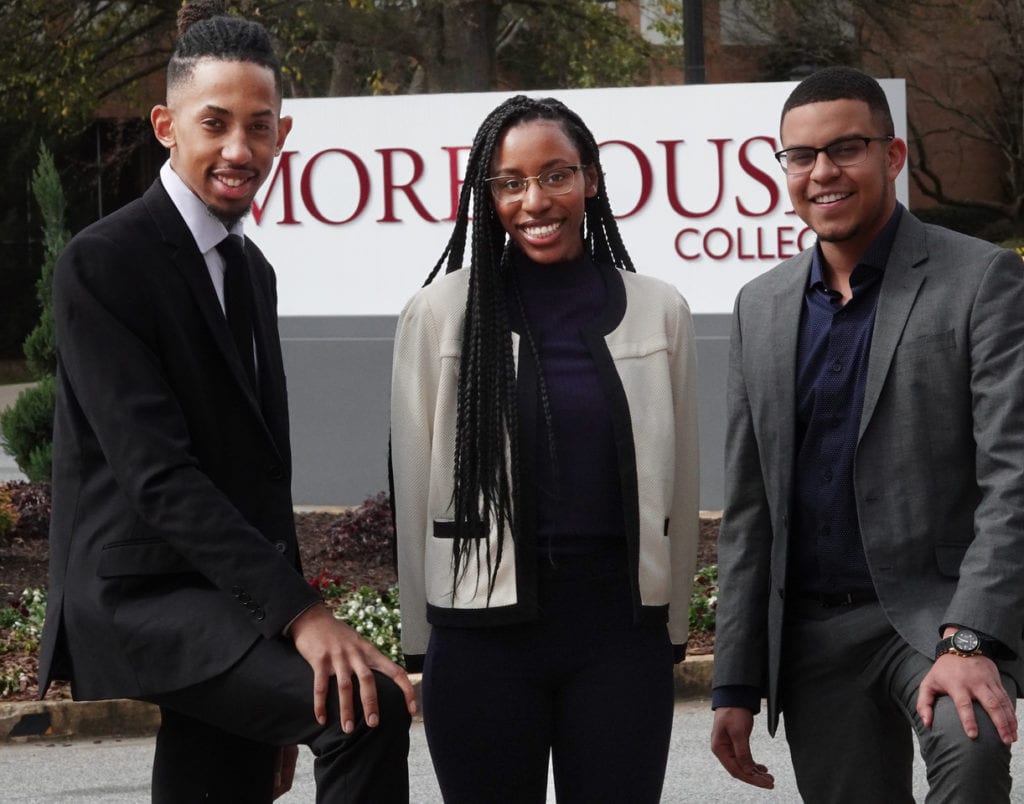 Nearly 200 metro Atlanta middle and high school students participated in the “CodeHouse Day of Code” tech conference, which was held at Morehouse College in Atlanta on April 18. The conference showcased STEM careers and motivational sessions led by black engineers and was held to inspire black students to consider careers in Science, Technology, Engineering and Mathematics.

Four computer science majors from the Atlanta University Center, in partnership with Google, Microsoft, Dell, Adobe, and IBM worked with the students. Several public schools, including KIPP Academy, a member of a national network of charter schools, attended the conference.

Organizers said they hope the names of leading scientists will become as familiar to students as the names of star athletes and musicians, and in turn, more minority students will want to pursue STEM careers.

“Just being able to spark that interest in a child can break the stereotype that you have to be a basketball player or a rapper to be successful,” said CodeHouse Co-Chairman Tavis Thompson, a junior computer science major who is minoring in Chinese and math. “There is more to life than that. They can be more than what society tells them that they should be.”

Students have the power to create, be their own bosses, and earn millions of dollars in the process through science and engineering careers, said Thompson, adding that he wants to invent a biomedical device that could reduce household health care costs by empowering people with the improved ability to self-diagnose.

Ernest Holmes, a senior math and computer science major from New Jersey who helped coordinate CodeHouse, said he hopes that elementary students eventually will be invited to participate.

Financial barriers to technology impact that exposure, however, and ultimately result in fewer minorities considering STEM careers as children and high school seniors.

According to the Pew Research Center, nearly one in five teens cannot finish their homework at home due to the digital divide, which includes a lack of technology and internet. Some 15 percent of U.S. households lack high-speed internet. Black and low-income households make up the largest portion of those stifled by the digital divide. Approximately 35 percent of teens say they often or sometimes have to do their homework on their cellphones because they lack a computer and internet.

Organizers say CodeHouse could have the biggest impact among those students caught in the digital divide. They will get an opportunity to participate in hands-on activities with new products that could inspire them to create similar technology that solves a problem or improves the quality of life for its users.

“The typical face of a tech engineer is white or Asian,” said Holmes. “We want to build a legacy that can help make the field more diverse.”