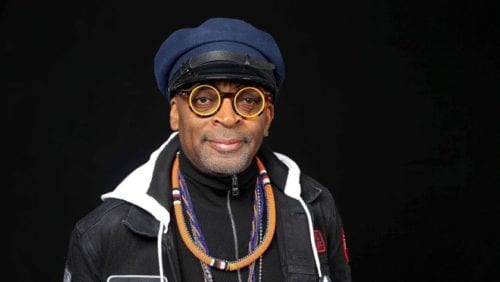 Expanding its footprint as an international leader in the development of social activists, Morehouse College will host its first annual Human Rights Film Festival Thursday through Saturday at the Shirley A. Massey Executive Conference Center.

The inaugural festival will honor Spike Lee’s lifetime achievement in film and offer a platform to other independent filmmakers whose work promotes cultural understanding and exposes the injustices of the world.

Top festival entries will be screened for audiences along with some of Hollywood’s most anticipated movies. “Harriet,” Kasi Lemmons’ new, epic film on the life of Harriet Tubman will be shown at 7 p.m. on Thursday, Oct. 10. On Friday, 7 p.m., actor Nate Parker will share a film that he directed and co-wrote,  “American Skin.” Lee’s award-winning masterpiece, “Do the Right Thing,” will be featured on Saturday, Oct. 12, following the awards ceremony in his honor.

A documentary on the life of Martin Luther King Jr. “King in the Wilderness,” also will be shown on Saturday.

Netflix and WarnerMedia will hold workshops on career opportunities for filmmakers, industry professionals, and business services workers. Filmmaker Oz Scott, who has also gained acclaim as a television producer and director (Black Lightning) and a theatre director (For Colored Girls Who Have Considered Suicide When the Rainbow Is Enuf), will be a panelist on “Creating Film in Atlanta.” A session on the “artivism” of short film-making will also be held.

The Morehouse College Human Rights Film Festival is being co-sponsored by the Atlanta Film Society. Morehouse President David A. Thomas said launching a film festival focused on human rights is part of the College’s commitment to supporting creative expression and speaking truth to power.

“The Human Rights Film Festival offers the international Morehouse spotlight to new and established filmmakers who want to share their views on social issues through the art of film,” Thomas said. “Morehouse College has a rich legacy of producing leaders who speak truth to power across disciplines, including in film, television. Sharing that spotlight with new voices exposes our scholars, the greater Morehouse community, and the public to ideas that broaden their intellect and to art that speaks to their cultural experience.”

The film festival’s awards ceremony honoring Spike Lee will be held on Saturday, Oct. 12, 7 p.m., at the Ray Charles Performing Arts Center. The ceremony will be co-hosted by Astrid Martinez of CBS46, a three-time Emmy Award-winning reporter, and Brett Austin Johnson, a Morehouse senior and actor who recently starred in the film “Five Feet Apart.”

During the ceremony, Lee, a 1979 alumnus of Morehouse College, will receive a lifetime achievement award that bears his name. The “Spike Lee Award for Social Impact in Filmmaking” will be presented annually starting 2020 to artists who similarly use their craft to champion social justice issues.

Winners of top festival prizes will also be recognized. Entries submitted by filmmakers from the United States, Ghana, Australia, Italy, the Netherlands, and Belgium were considered for the awards.

“I believe that films give us an opportunity to examine human behavior through a lens that captures the essence of our humanity and brings an awareness to important issues that should be widely exposed,” said Kara Walker, executive director of the Human Rights Film Festival. “By highlighting global injustices and promoting an understanding and appreciation of diverse thoughts, beliefs, and lifestyles, human rights films start the difficult conversations that are necessary to rally people to effect positive change.”

The talent of students in Morehouse’s Cinema, Television, and Emerging Media Studies Program will be showcased on Friday. Student films will be screened and a talk will be held about the CTEMS Program. A screening of  the sci-fi film “See You Yesterday,” which was directed and co-written by Morehouse alumnus Stefon Bristol and produced by Lee, will follow.

More than 1,000 people are expected to attend Morehouse’s new Human Rights Film Festival. According to the Motion Picture Association of America, the movie and television industry in Georgia was responsible for 92,100 jobs and some $4.6 billion in wages in fiscal year 2018. The state experienced an overall economic impact of $9.5 billion during that time, according to the Office of the Governor.

For a complete schedule and ticket price information, visit:  https://morehousefilmfest2019.eventive.org/welcome.

next1 suspect arrested, two sought in shootings at The Mall at Stonecrest