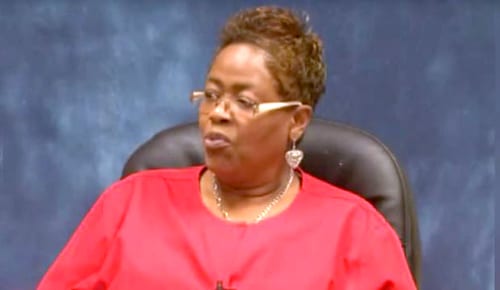 A DeKalb County Grand Jury has indicted two nurses and an aide in connection with the death of an elderly patient. Former licensed nurse practitioner Loyce Pickquet Agyeman of Snellville is charged with felony murder and neglect to an elderly person.

Wanda Nuckles of Buford, also a former licensed nurse practitioner, is charged with depriving an elder person of essential services, while Mable Turman, a certified nurse assistant from College Park, is charged with neglect to an elder person. All three women were also indicted on a single count of concealing the death of another in the five-count indictment returned by Grand Jurors Tuesday afternoon Feb. 20.

The charges against the women stem from the Feb. 27, 2014 death of 89-year-old James Dempsey, a patient in their care at Northeast Atlanta Rehabilitation Center in Brookhaven. Video surveillance shows the patient suffering in respiratory distress and repeatedly calling out for help. Soon after his distress calls, the victim became unresponsive. The indictment alleges the defendants, in varying degrees, failed to provide timely and necessary medical assistance, ultimately resulting in Dempsey’s death.

The video surveillance of the incident was made public in November 2017 following a civil lawsuit, prompting a joint investigation between law enforcement and the District Attorney’s Office.

Following their indictment, Grand Jury warrants were issued for the arrest of each defendant.

The case will be prosecuted by the District Attorney’s Elder Abuse and Exploitation Unit. A trial date has not been set.