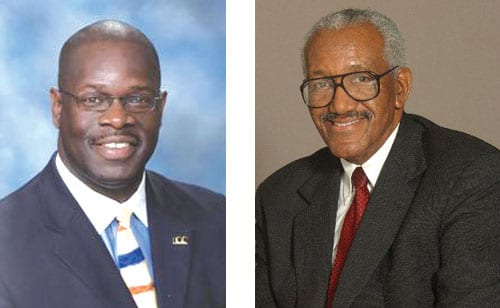 The county’s newly-elected chairman of the Board of Commissioners, Oz Nesbitt, will serve as Grand Marshal, helping to usher in what organizers hope will become a lasting tradition in Georgia’s geographically second-smallest county.

The community is invited to commemorate the legacy of Dr. King during a daylong festival and parade that promises a fun, festive day with food and fellowship.

“This will be the first time in Rockdale County’s history that a MLK parade has been held in Conyers. Dr. King stood for unification and I think it’s time we recognize we have more in common than we realize. This day is an opportunity for us to relish in the legacy of Dr. King while emulating positive behaviors for our children,” said event co-chair Brian Jenkins.

In addition to the parade, there will be Dr. King speech reenactments, a youth basketball game, a vendor marketplace offering food and other goods and services and a variety of family friendly games and activities.

“I am excited about the opportunity for Rockdale to host the MLK parade for the first time and I am looking forward to participation from many of the county’s civic organizations, churches, elected and appointed officials, businesses and other groups. The King holiday is a day on and not a day off,” said event co-chair Josie Dean, who heads the Rockdale Think Tank community group.

Nesbitt, who will be sworn into office as Rockdale’s chairman on Dec. 29, says that he is looking forward to the MLK Day parade.

“Conyers-Rockdale County shares a rich history and heritage deeply rooted in its diversity of many cultures. The celebration of the legacy of Dr. MLK, Jr. has not been limited to any one race or group therefore, Rockdale County will also share as our country pays tribute to one of America’s greatest pioneers,” said Nesbitt. “I look forward to serving as Grand Marshal and representing all citizens as we reflect on the ministry, the message and the man.”

Organizers say the parade committee welcomes vendors, youths, motorcycle clubs, public safety personnel and any other entity interested in participating in the parade that supports fostering a safe and peaceful community.

“The goal of this event is to strengthen our community. Rockdale has changed demographically over the years and is now a melting pot of all kinds of people. We want to bring these groups together in a day of fun and service,” said Jenkins.

Jenkins said the event also will provide an excellent opportunity for businesses and community organizations to reach Rockdale’s diverse population by participating as vendors.

Jenkins said that this event will serve as the catalyst for future community service projects and that this will allow all of the residents of Rockdale to come together in solidarity for the common good of Rockdale.

The DeKalb NAACP is seeking participants for its MLK Parade, which will be held on Jan. 16. Groups or individuals who would like to participate in the parade may register online at www.dekalbganaacp.org by Dec. 31.

John Evans, past president of the DeKalb NAACP will be the Grand Marshal for the parade. The 2017 theme is “Remembering the Dream, Honoring the Dreamer.”

Parade participants will line up at Green Pastures Ministries, 5455 Flatshoals Parkway at 10 a.m. The parade starts at noon and will end at Martin Luther King Jr. High School.