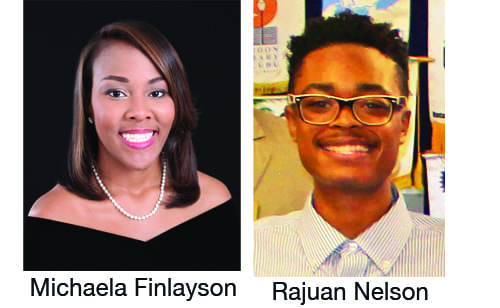 They are among 1,000 scholars chosen this year out of 53,000 applicants in the rigorous scholarship program, which fully funds outstanding students from low-income families pursuing undergraduate and graduate degrees at accredited colleges or universities.

Both are in the top 10 academically in their class and have also won the RCPS Superintendent’s Academic Award for the past several years.

Nelson grew up in Conyers, attending Flat Shoals Elementary, Memorial Middle School, and now Rockdale Magnet School for Science and Technology. He will be attending the University of Southern California this fall and plans to study environmental engineering.

When he heard he was named a Gates Millennium Scholar, he said he and his mother began screaming and jumping in the air. His first thoughts? “This is huge! My hard work paid off.”

Finlayson was born in Arizona and lived in California before moving to Stone Mountain, Ga. She moved to Conyers and began attending Heritage High in her sophomore year. She plans to attend the University of Georgia and major in chemistry. Her goal is to become a pharmacist.

Finlayson told her school newspaper, The Sentinel, she was still in shock. “I still think that winning the scholarship hasn’t quite hit me yet,” she said. “I am extremely grateful for what I have received, and very happy that my parents don’t have to pay for college. But I don’t think the full force of it has hit me yet.”

She was first exposed to the scholarship freshman year when she saw another student win. She made up her mind that she, too, would one day become a Gates Millennium Scholar.

The $1.6 billion Gates Millennium Scholars (GMS) Program, funded by a grant from the Bill & Melinda Gates Foundation, was

established in 1999 to provide outstanding African American, American Indian/Alaska Native, Asian Pacific Islander American, and Hispanic American students from low-income families with an opportunity to complete an undergraduate college education in any discipline they choose. Continuing Gates Scholars may request funding for a graduate degree program in one of the following discipline areas: computer science, education, engineering, library science, mathematics, public health or science. This year’s cohort is the final cohort of the Gates Millennium Scholars Program, which has named 20,000 scholars since 1999.

nextElisa retires from DeKalb County Board of Health 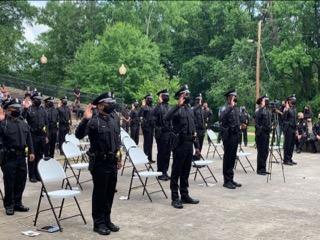