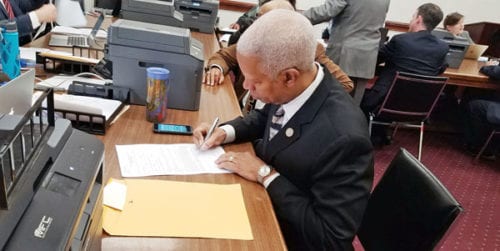 Congressman Hank Johnson has formally filed to run for re-election. The congressman filed his qualifying papers at the Georgia State Capitol this morning (March 5).

“I have no doubt that when the voters look at my record fighting for the Fourth District – fighting for small businesses, consumers, women’s rights, equal pay and middle-income and working people – I will be re-elected,” said Congressman Johnson.

Congressman Johnson serves on the Transportation & Infrastructure (T&I) and Judiciary Committees. He is the top Democrat on the Judiciary subcommittee on Courts, Intellectual Property and the Internet (IP).