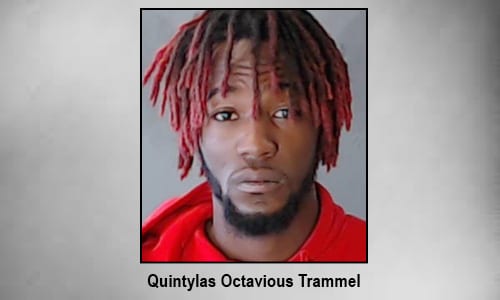 A man considered to be a suspect in a Stone Mountain murder in March of this year has been arrested by the DeKalb County Sheriff’s Office Fugitive Unit.

Investigators apprehended 19-year-old Quintylas Octavious Trammel of Decatur without incident on Oct. 3 on a warrant issued on Sept. 20, 2018.

Trammel was indicted by the Grand Jury on charges of Malice Murder, Felony Murder, Aggravated Assault, Theft by Taking, and two counts of Armed Robbery. He is in custody at the DeKalb County Jail.