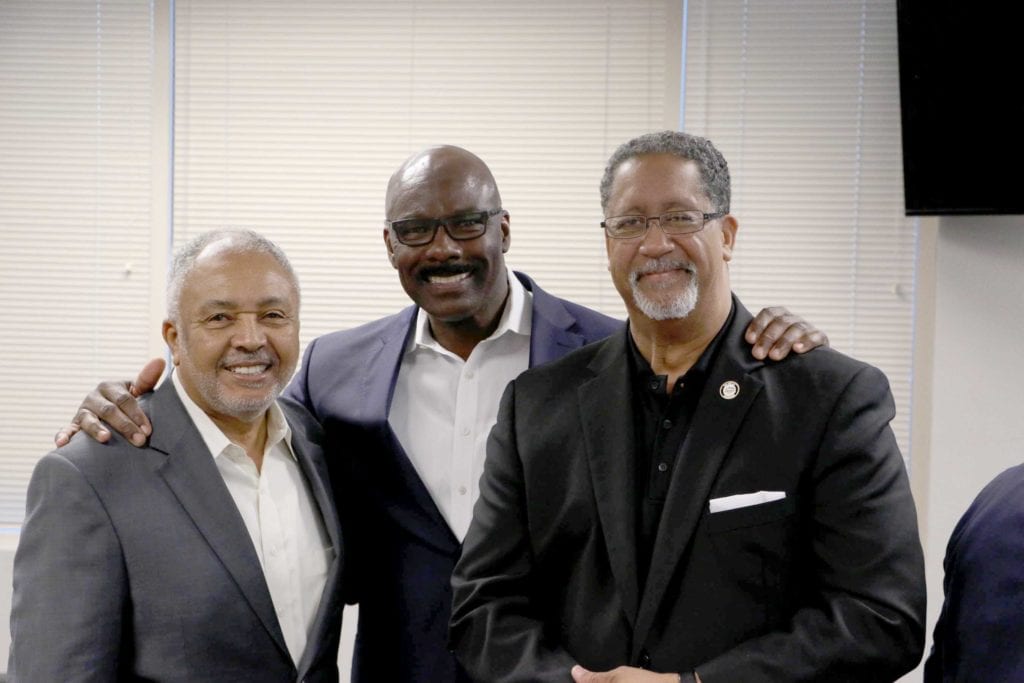 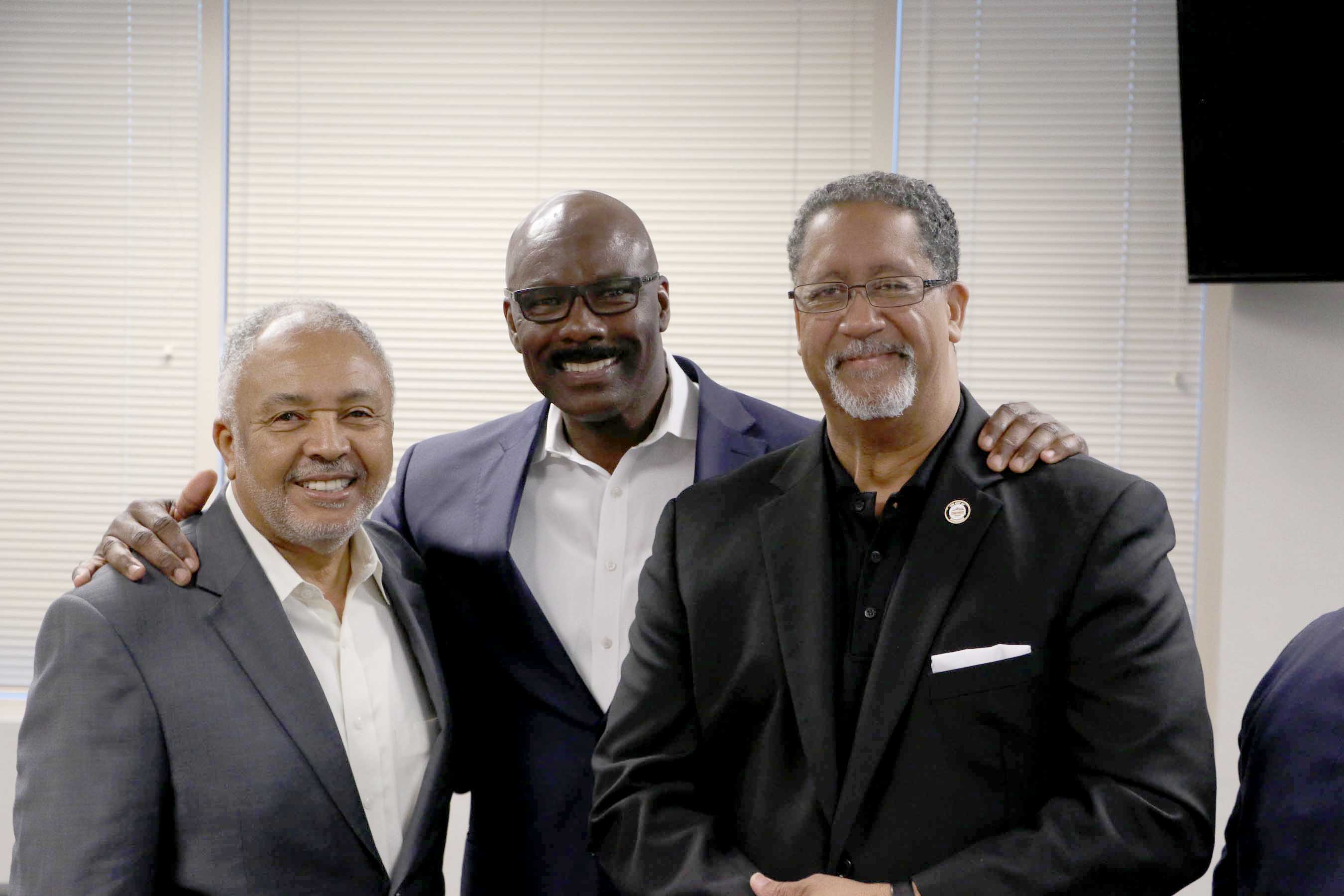 The City of Stonecrest has taken a quantum leap toward economic development, led by Mayor Jason Lary. The six-member Stonecrest Development Authority unanimously approved a Memorandum of Understanding (MOU) on Sept. 12 for a proposed$700 million revenue bond, paving the way to jumpstart development in the city.

The Development Authority inked the MOU with Allen Family Investments, LLC to bring development to a 300-acre tract around the Mall at Stonecrest over the next five years. The deal will make Lecester “Bill” Allen, the single-largest commercial landowner in the city of Stonecrest with more than 500 acres in the city. 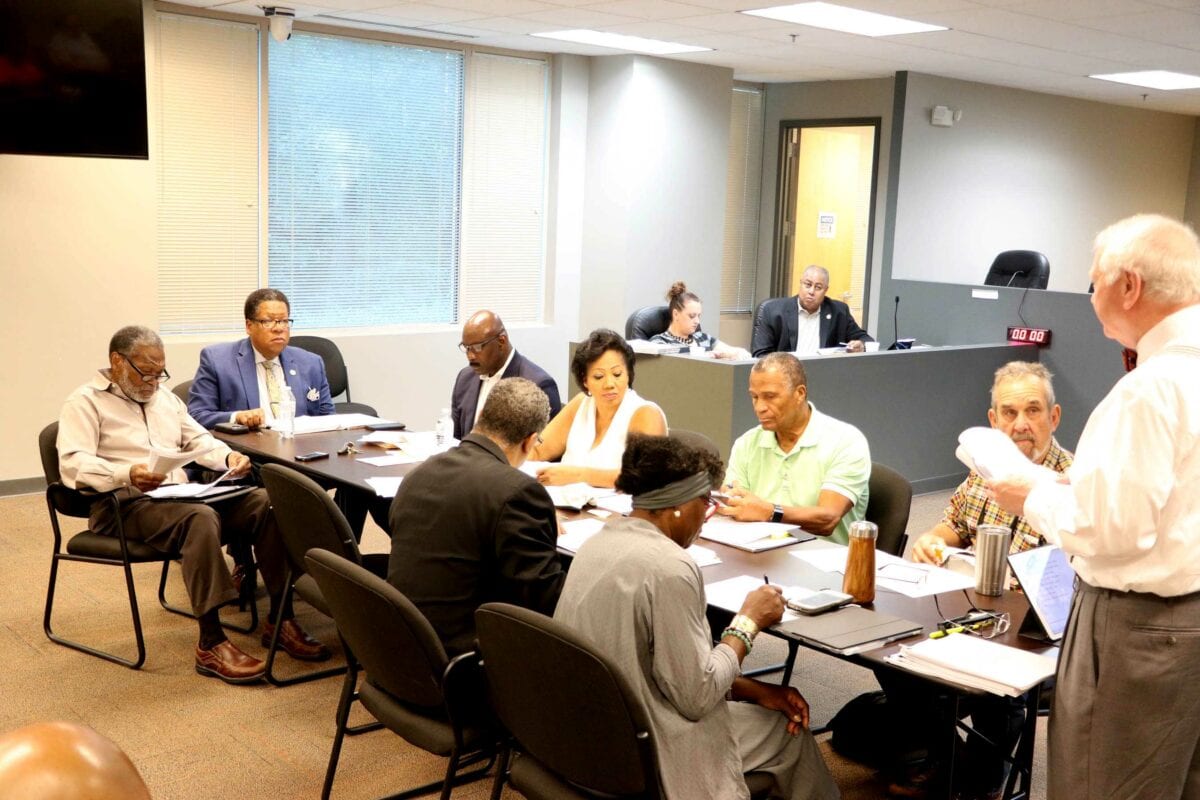 Allen owns the former Target department store and the AEI Startup Factory in Stonecrest. He also owns the Allen Entrepreneurial Institute and mansion where the Green Leafseries is filmed, which are both located off of Evans Mill Road, near the mega New Birth Missionary Baptist Church campus.

“We have been working on this project for more than two years. So often, I wanted to share the information out of excitement for the city but I didn’t want a repeat of the Atlanta Sports City,” said Lary.  “This is real money on the table with a long-term, experienced investor/developer that can deliver on the promise. The land is purchased and the deal is in place.”

According to the terms of the 27-yearrevenue bond, the Development Authority will provide financing to Allen Family Investments to buy the property from Cadillac Fairview, which owns the Mall at Stonecrest. Allen will develop the project over a five-year period, according to the MOU.

Allen sat alone on a front row at the Development Authority’s meeting, awaiting the board’s decision on the MOU. It wasn’t until Board Chairman Antonio Render said “Congratulations” after the board’s vote that it was revealed that Allen was the developer.

Allen said after the meeting that he was looking forward to being a major player in the city’s growth.

“I appreciate partnering with the city’s Development Authority,” said Allen. “It’s going to be a long process but I’m looking forward to making this city great by pushing for commercial development in the city of Stonecrest. This is a significant step that we have made toward that progress.”

The MOU with Allen Family Investments is the first project the Stonecrest Development Authority has undertaken.  Neither taxpayers nor the city will be liable for repayment of the bond. The revenue bond is soley the responsibility of the developer. It is different from a general obligation bond, paid for by a variety of taxes.

Revenue bonds, also called municipal revenue bonds, are backed by revenue streams from specific projects such as tolls from a new toll road. Allen said that he plans to develop a 16-story hotel, convention center and amphitheater in the first phase of the project, which would start in February of 2020. The project would receive a 10-year tax abatement from the city of Stonecrest.

Attorney Dan McRae, the leading economic development attorney for the state of Georgia, is handling MOU for the bond inducement. The Allen project is referenced as the “Wall Street” project in the MOU documents that were signed by board members after the meeting.

The city is not placing its full face and credit toward the development. Thus there is no risk to taxpayers and no response needed from the City Council, Lary said.

The next step is for the Development Authority to negotiate the tax abatement with the other DeKalb County entities, Lary said. Since there is zero property tax levied to residents who live in the City of Stonecrest, the abatement will be derived from several County entities. Allen Family investment will then work with other development partners to start the construction of the hotel, convention center and Amphitheater, Lary said. “Welcome to the New Black Wall Street,” the mayor said

McRae, on behalf of the Development Authority, negotiated a $250,000 fee for the inducement of the bond from Allen. The city will receive its first payment of $25,000 from that fee by Oct. 31.

Lary said that the Stonecrest Development Authority expects to see a total of more than $1 billion of investments over the next five years.

“There are four more deals that are near closure. These opportunities are in excess of $300 million with multiple corporate entities,” Lary said. “The city will reveal the deals in the next 30-45 days. This is how economic development works. The opportunities cannot be shared until they are near closure. Otherwise, competition can interrupt or steal the deal away from the City.”

nextCoalition: Say No to GO Bond