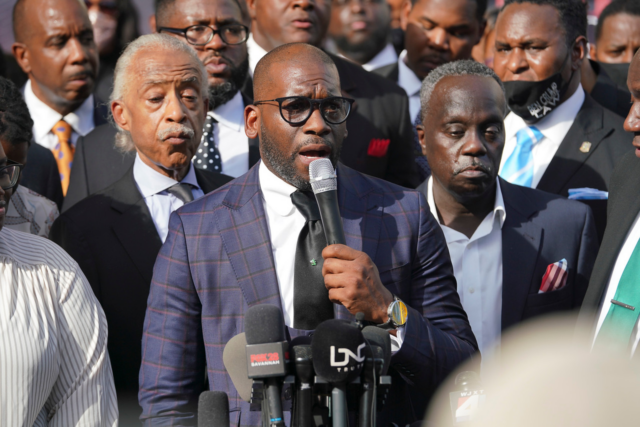 ATLANTA—New Birth Missionary Baptist Church’s Jamal H. Bryant will join a coalition of 25 faith leaders from across the country on a hunger strike for voting rights on the first anniversary of the insurrection, Jan. 6, 2022, to urge Congress to pass voting rights legislation by Martin L. King, Jr. Day on Jan.17, 2022.
Across the country, voting rights are being threatened as 19 states passed 34 laws impacting the right to vote, specifically targeting communities of color. States enacted laws to reduce early voting, restrict access to absentee ballots, and seize control of non-partisan election administration official functions. In addition, extreme partisan gerrymandering threatens access to Black political representation in state and federal elections for the next decade.
“As faith leaders, we are called to speak truth to power and to raise the conscience of this nation through moral resistance”, said Pastor Bryant. “This moment requires sacrifice and a deep commitment to radical love in action in order to redeem the soul of this nation and protect our democracy. I call on faith leaders to join me in this hunger strike continuing the tradition of Rev. Dr. Martin L. King, Jr. and Congressman John Lewis.”
For more information visit www.strikeforvotingrights.com
Post Views: 1,350
Share. Facebook Twitter Pinterest LinkedIn Tumblr Email
On Common Ground News