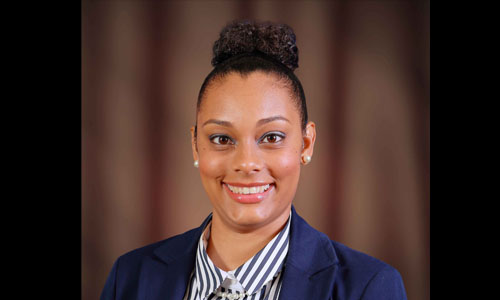 Sale of Sears building pending, city to determine if Sam’s Club also will be sold

STONECREST, GA—The City of Stonecrest Urban Redevelopment Agency (URA) appointed Jazzmin Cobble as its new chair at a special called meeting on Monday (June 7). Mayor Jason Lary’s term as chair had expired. He is out on sick leave.

Both, Jimmy Clanton(vice chair) and George Turner(secretary), were reappointed. The three appointments are effective for the next meeting, expected on June 17. All three will serve as officers until January 2022, when new, one-year appointments will be made by URA members.

The URA also reviewed a resolution establishing that the agency’s six members, which include the position of mayor and five City Council members, will serve three-year, staggered terms on the URA. The members approved a motion to have the URA meet twice a year: on the first and seventh months at a time to be decided prior to those months.

The URA went into executive session at Monday’s meeting to discuss the sale of the city’s Sears building and out parcel to Stonecrest Resorts, LLC(UrbanRetail), which owns the Mall at Stonecrest. The $2.4 million purchase remains is still pending as city officials work to finalize the deal. Although plans have been announced that Stonecrest Resorts, LLC is bringing an aquarian, Seaquest, to the Sears building, Denmark said as of today (June 10), no deal has been inked for the purchase.

Under the pending agreement, the buyer would pay $500,000 at closing and $1.9 million would be paid within six months from an escrow account, Wall had said at a previous URA meeting.

“We were directed to redraft the purchase and sales agreement. These documents are critical. We cannot move forward without them,” said Denmark, who said he could not discuss the specifics addressed in the closed executive session on Monday.

Before going into the executive session, URA Vice Chair Clanton had said the URA submitted a letter of intent to sell the property on May 20 and received a reply from Stonecrest Resorts, LLC on June 5. Clanton did not state what Stonecrest Resorts’ reply entailed. The city’s financial advisor, Edmund Wall, however, recommended that URA members go into executive session for a discussion.

After URA members returned from executive session, they approved a motion directing the city attorney and financial advisor to redraft the purchase and sales agreement.

The city attorney told On Common Ground News today (June 10) that he plans to have the documents ready for all parties to review on next Tuesday (June 15).  The URA is planning to have a special called meeting on Thursday, June 17, 6 p.m., Clanton said.

Will the city’s Sam’s Club building be sold?

In other action, the URA directed the city’s staff to find a provider to conduct a feasibility study to determine if the city should sell the Sam’s Club building or keep it. The Sam’s Club was slated to house the new Stonecrest City Hall and government services, but no concrete plans concerning renovation costs have been done since the city purchased the property, officials said.

In June 2020, the URA approved the issuance of $5,410,000 in revenue bonds to finance the city’s purchase of the Sam’s Club and the Sears property. The city used $2,215,000 of the money to purchase the Sears buildings. Selling the Sears property at $2.4 million would provide a profit for the city.

URA secretary George Turner said at Monday’s meeting that since the city recently put the Sears building on the market, inquiries have come up about the Sam’s Club.

“We just want to look at our options. We don’t know what it would cost to convert the Sam’s Club building into a City Hall. We don’t know if it makes since to keep or put it on the market. That’s why we’re asking that a feasibility study be done,” said Turner. “We need to get some numbers.”

Currently, the DeKalb County Board of Health is leasing the Sam’s Club building from the city to provide COVID-19 vaccines for the community.  Last year, DeKalb officials used the site for COVID-19 testing and as a voting precinct.