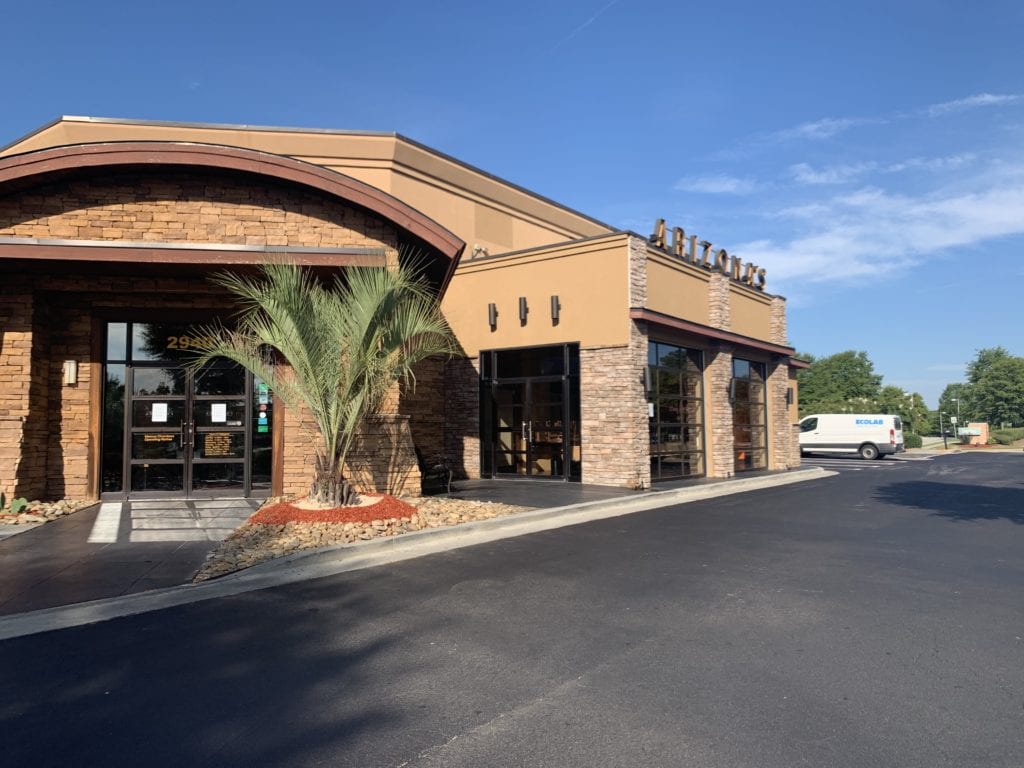 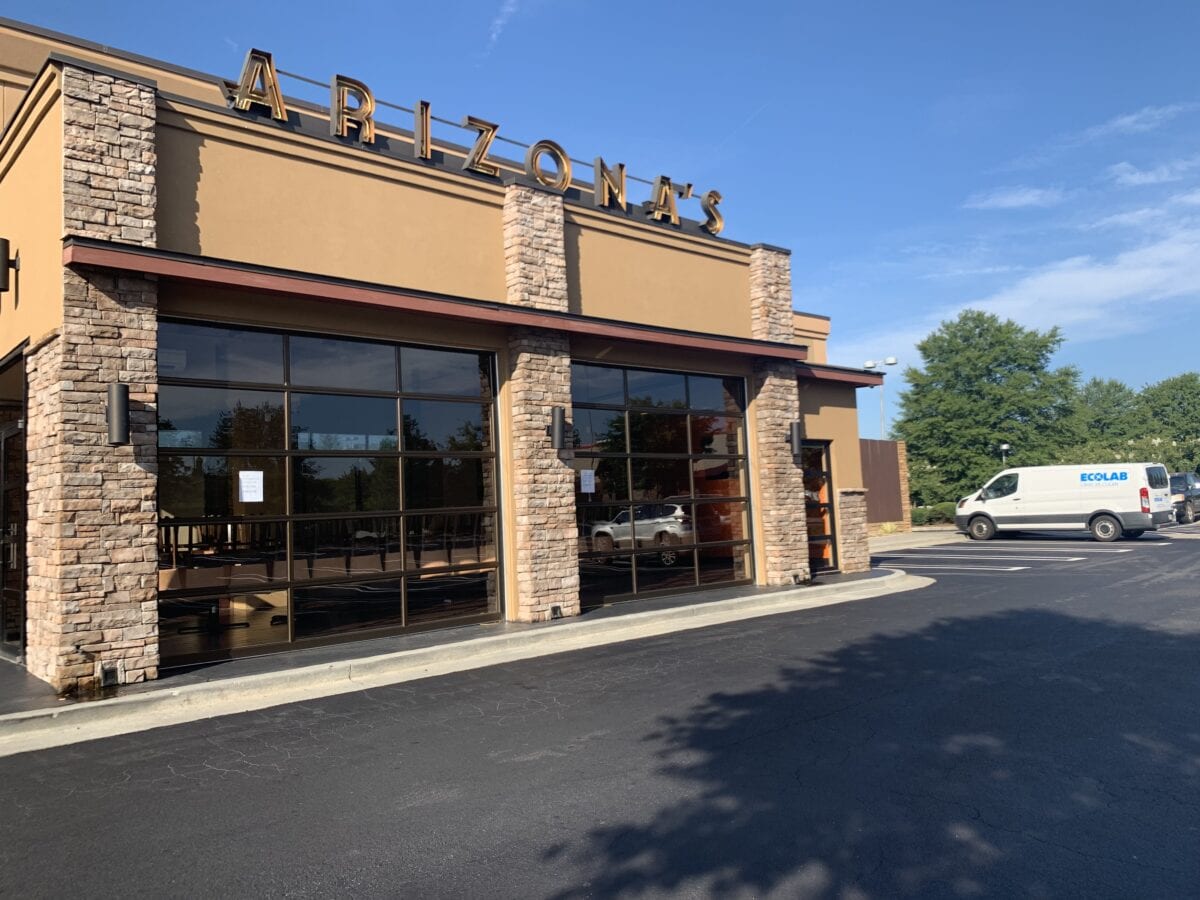 An Eco Lab van was parked outside the restaurant early Thursday morning (Aug. 15, 2019). The company provides food safety solutions and products among other services.

A team worked diligently to thoroughly sanitize Arizona’s, a popular restaurant located near the Mall at Stonecrest in southeast DeKalb County, in an effort to bring the restaurant into compliance with food safety standards.

The scrub down, which included assistance from Ecolab, followed two unsatisfactory inspections received in a 24-hour period. The restaurant scored 21 on Aug. 13 and received a 46 on Aug. 14 during a re-inspection, where state health officials found new violations that included not posting the score of 21.

Inspectors cited the restaurant with violations that included gnats and flies in the kitchen, bar and bathrooms, coolers not maintained at proper temperatures and stored properly and employees observed in the kitchen not washing their hands while handling food equipment or pans.

Roberto Woods, marketing director, said the restaurant, has thrown away food, purchased new commercial grade refrigerators, replaced faulty facility doors and made several other changes after working with the Georgia Department of Public Health in hopes that a re-inspection on Aug. 16 would allow the restaurant to open immediately.

“We’re going to address every violation. It’s going to make us better. It’s giving us an opportunity to improve,” Woods said during an interview with On Common Ground News late Thursday (Aug. 15). “We don’t just work here. We live in this community. Our families and friends dine here and we are going to get back on track.”

Woods said flies made their way into the kitchen during deliveries where doors didn’t properly close. He said other issues were a result of a need for better staff training.

Woods said management is holding a mandatory staff meeting on Aug. 20 to review policies and procedures.

“We’ve had a lot of turnover, as you would expect in this industry, and we’re going to make sure that everyone is on board,” said Woods.

“We will have to close when the work is done in the kitchen and we want everyone to know ahead of time that we’re planning for that,” said Woods.

DeKalb County District Health Director S. Elizabeth Ford said the restaurant must address all of the issues cited by inspectors in order to re-open.

“We’re not trying to shut down restaurants but we have a responsibility to ensure that they are as safe as they can possibly be for the public.”

Stonecrest Mayor Jason Lary said the city plans to work closely with Arizona’s through its “Best of Stonecrest” program, which provides free customer service training to business owners and their employees.

confident the corrections and training will be done.

“We want to make sure that training stays in place,” said Lary. “They have my highest confidence that they will return to the 100 percent form of excellence that I know that they are. They are my favorite restaurant and they will continue to be.”