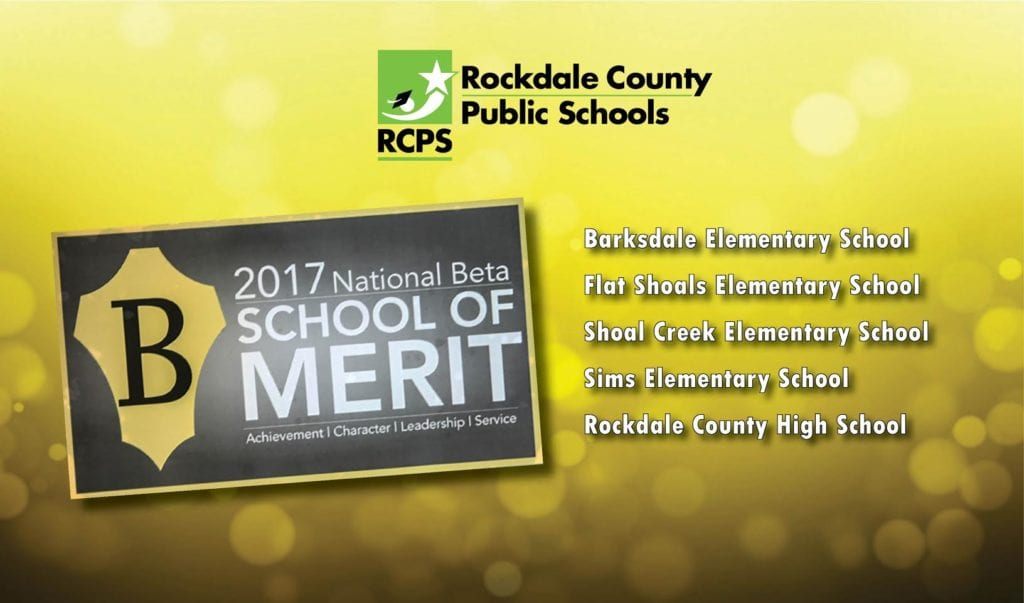 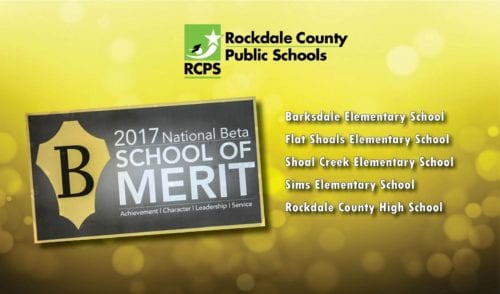 Five schools in Rockdale County Public Schools (RCPS) were named National Beta Schools of Merit for 2017. This honor is awarded by the National Beta Club program, which celebrates and develops academic achievement, leadership, character and service among elementary, middle and high school students.

The RCPS schools with this honor are:

The award recipients received a National Beta School of Merit decal to display in their building window.  The names of the winning schools were publicized at the 2017 National Beta Convention in Florida. The schools earned this distinction by offering National Beta to all eligible grades on their campus.

The mission of the National Beta Club program is to promote the ideals of academic achievement, character, service and leadership among elementary and secondary school students. There are now more than 450,000 active members in Junior Beta (grades 4-8) and Senior Beta (grades 9-12) clubs and more than 8,750 clubs nationally and internationally.

nextRockdale’s Constitutional Corner: A brief history of the Rockdale County Courthouse and a view of the future