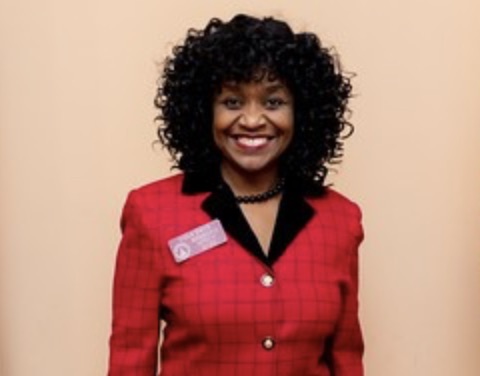 The recent educational crisis within the DeKalb County School System requires an objective eye, moral fortitude and moral integrity to deliver a solution to my constituents. I have fought to place our children first and have held our local school system accountable for more than 20 years and will continue to do so. However, I do not support state intervention because the state does not have the moral ground or integrity to address the issue of funding. It is the taxpayers and voters that hire and fire us elected officials with their vote and pay us with their tax money. As such, it should be a top priority for elected officials to fund crucial repairs for Druid Hills High School, along with three additional high schools, approximately 12 middle schools and even more elementary schools.

Instead of receiving help to address these issues, the DeKalb County School System faces threats to deny its state funding. This is a disservice to our county taxpayers, voters and property owners. DeKalb County has a long history of being a donor county in the state of Georgia, along with other counties, such as Fulton and Cobb. We are long overdue to examine the root cause for how these delays and underfunding occurred so that a viable solution may be reached. However, such a move forward requires us to remove the political grandstanding and approach this crisis with an objective reason that places our children/students and parents first.

As an activist, government watchdog and missionary, I have worked with a coalition of organizations from North and South DeKalb for more than 20 years to address problems within our school system. We have voiced these problems throughout the years, written letters, taken pictures, filed complaints and charges, etc. to make improvements to our school system. DeKalb County has endured the removal of the entire school board by the governor, administrative staff being charged with crimes and going to jail and more than seven superintendents in 12 years. DeKalb County taxpayers and voters have endured many issues, problems and drastic changes in an attempt to hold elected officials, especially the school board, accountable. With this history in mind, this issue requires a deeper understanding of the problems, especially if we request elected officials and state agencies to address the funding of repairs.

However, as stated previously, I strongly believe that our governor and state superintendent need to examine their moral fortitude before withholding funding from the DeKalb County School System. If the state initiates an investigation, it needs to first start with higher education, particularly with the Board of Regents of the University System of Georgia. We must remember that many of these issues were brought to the state’s attention before. I have joined with whistleblowers to request an investigation into higher education agencies, including the Board of Regents, that have multiple complaints of alleged malfeasance, wrongdoing, and criminal activity. On local issues of funding education, especially facilities and staffing, many residents have worked with coalitions to bring attention and hold our local school board accountable for more than 20 years.

Additionally, we need to further examine funding issues at the state and local levels. Several activists and educational groups have fought for years to improve the repairs of local schools that date back more than 20 years. The complaints were voiced in both north and south DeKalb. Many have requested legislation to hold school boards accountable with an external auditor system that can be initiated by the parents and homeowners. However, the drafting of such legislation has hit several barriers and obstacles. During the 2021 legislative session, I co-signed House Bill 10, Students Living in Poverty Act, which would provide $343 million to educate students living in poverty in Georgia. HB 10 is sponsored by State Representative Sandra Scott (D-Rex), and the Georgia Budget and Policy Institute’s (GBPI) “2022 State of Education Funding” policy brief endorses this legislation.

The use of annexation has diverted more than $26 million away from DeKalb County School District and delivered this funding to the city of Decatur and Atlanta School Systems, but these same school systems accepted as few as 62 students. These disparities existed for more than five years before there was a change in legislation to help improve the equality and equity to balance the student’s exchange with adequate funding. We must evaluate what repairs could have been done with $26 million.

The state of Georgia has underfunded school districts for years due to the outdated QBE formula that dates back to the year 1981 (more than 30 years old). The state elected officials boast about fully funding QBE while refusing to address the underfunding of transportation, benefits for ancillary staff, and students in poverty, refugees, immigrants, and English to Speakers of Other Languages (ESOL).

At a time when Georgia has only fully funded public schools for three of the past 21 years, lawmakers passed House Bill 517 this year to send an additional $20 million in public funding to private schools, bringing the voucher costs to $120 million per year. Earlier versions of the bill included a sunset provision which was, unfortunately, removed.

Finally, I have identified several potential funding solutions for DeKalb County School District that I would like to bring your attention to. First, the state must remove DeKalb County as a donor county due to high school millage rate, number of students living in poverty, refugee and immigrant students needing additional services, number of ESOL students and the recent lawsuit decision requiring more than $200 million dollars in payment. Counties that pay and/or generate more than a 20 school millage rate should also retain such funding until 50 percent of other counties also reach a 20 school millage rate. Furthermore, taxpayers who demonstrate financial problems with the local school budget or E-SPLOST funding should have the right to establish and/or initiate an external auditor system for local school districts to ensure there is accountability to the taxpayers.

State Rep. Viola Davis represents the citizens of District 87, which includes portions of DeKalb County. She was elected to the House of Representatives in 2018 and currently serves on the Natural Resources & Environment, Insurance, Interstate Cooperation and Science and Technology committees.